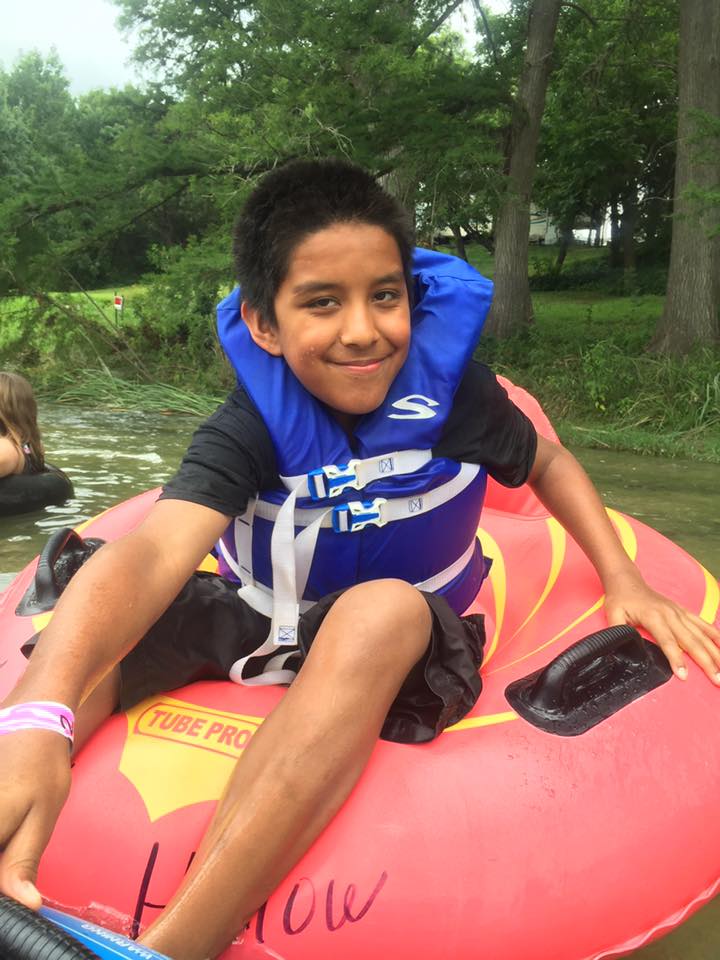 By Lauren WittOctober 23, 2016No Comments

John (pictured left) is a 12-year-old boy from our Elm Ridge community. He and his two siblings go to FUZE and his younger siblings go to Big Fish Club. Like many kids, John would sit around the house looking for ways to idle away the time. He was invited to FUZE where we play games, eat dinner and have a welcoming and loving community. At FUZE, John would always find a corner, pull out his phone and headphones, and try to stay in the background.

FUZE leaders noticed and engaged John in conversation. Since that night, John has come to FUZE almost every week. The FUZE leaders also noticed a pattern with John. He would often talk poorly about himself, make comments about the ways he would get hurt, and jokingly said that we are all unloved. John’s FUZE mentors invited him to attend Mission: Possible! Austin’s summer H-E-B Camp.
At H-E-B Camp John displayed a lot of the same behavior. One of the leaders started talking to John about this behavior. They talked during the camp’s devotional time where the kids break out into small groups. A few days later, this leader had to leave camp early.
Early the next morning, I walked out of the cabin with my Bible and a hot cup of coffee. Everyone except the kitchen crew was asleep. As I reached the deck outside the dining area, I saw John sitting alone. During “devos” the night before, we had discussed the Gospel and how Jesus died for us. I casually asked John if he had any questions or comments about last night’s talk. He quietly looked down and said, “I don’t think I’m going to Heaven when I die.” Knowing John, I was a little shocked he was so blunt and serious. I replied, “Why don’t you think you’re going to Heaven?” He looked me in the eye and said, “I’m a bad person. I’ve done bad things, and I just don’t think I deserve it.”
I looked at John and told him none of us deserve Heaven, this is called grace. After about five to ten minutes of talking with John he decided to put his trust and hope in Jesus Christ! Immediately after we prayed John asked to see my Bible. He opened it up to the Psalms and began writing them down. He did this for the next 30 to 45 minutes. If you knew John, this would surprise you as much as it did me.
Once everyone else was awake, one of our girl campers had a bad attitude and before I could say anything John politely asked her to try speaking again with respect. All week I had been saying the very same thing to John. Praise God for camp and opportunities like this. After camp FUZE leaders followed up with John. He is doing great, and he cannot wait until FUZE starts again.